Your children should still jot things down by hand

Not long ago, in a galaxy not so far away, there was a world without computers or cell phones. Instead of texting or tweeting, people had to communicate with one another in person, over the phone or through written correspondence. Scary, huh? But now, the influx of technology seems to have taken over the lines of communication and made it easier to hide behind a screen.

Teaching typing, not handwriting
Gone are the days of penmanship, replaced instead by electronic correspondence through e-mails or typed letters. What happened to the days when children were required to learn cursive in the school systems? According to the Washington Post, 45 states in the U.S. have switched to curricula that don't include cursive since 2010. In fact, modern students are hardly taught anything about handwriting in school. Most young people learn about handwriting for one or two years before transitioning into learning how to type on a keyboard.

"There's not much room for good, old fashioned handwriting."

That style of computerized writing is reinforced even more as children progress through the education system. Middle school and high school computer lab classes are usually not required for students to graduate successfully. If you were to step onto any university campus today, it's likely that you would see almost every student armed with a laptop or tablet. Some private high schools across the country even require the use of tablets in their standard curriculums. It's sad to say, but there's not much room for good, old-fashioned handwriting in school systems anymore.

Research says to write it down by hand
While many educators have accepted the change in curriculum, professionals in the sciences assert that handwriting can still be more valuable than people think.

"When we write, a unique neural circuit is automatically activated," said Stanislas Dehaene, a psychologist at College de France in Paris, in an interview with The New York Times. "There is a core recognition of the gesture in the written word, a sort of recognition by mental simulation in your brain. And it seems that this circuit is contributing in unique ways we didn't realize. Learning is made easier."

Karin James, a psychologist at Indiana University, carried out a study in 2012 that supported this notion. As part of the research, five-year-olds, still illiterate, printed, typed or traced letters and shapes. The children were then shown images of the letters or shapes they had just written while being monitored by an MRI machine. The parts of the brain that signify learning (in reading and writing subjects specifically) showed much more activity with the examples that the kids had handwritten, not traced or typed. This reinforced the idea that humans do, in fact, learn better by writing things down.

In more research done by scholars at UCLA and Princeton University, a series of three studies showed evidence that students who took notes in school by hand retained the information much better than those who typed them out on their laptop. This was, in part, because students who kept their notes on a laptop were much more likely to simply regurgitate the information verbatim instead of rephrasing new concepts into their own terms. 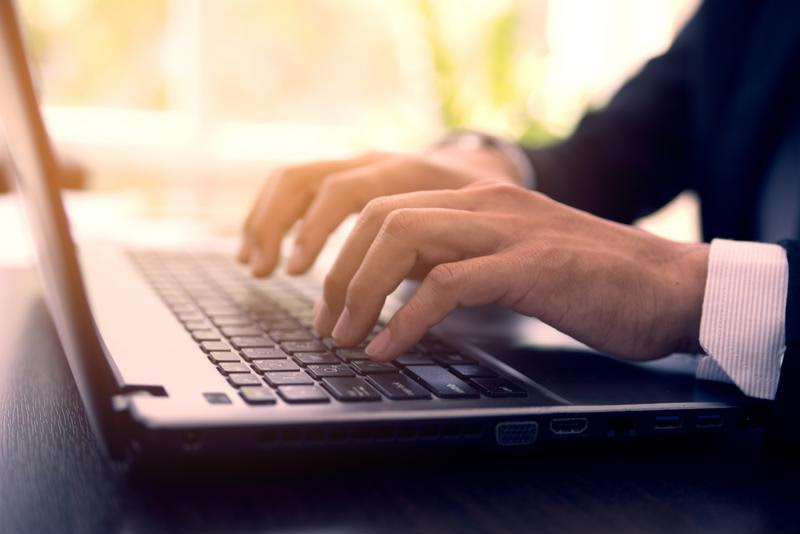 Laptops are not the most effective way to remember the notes you're taking.

"Writing by hand is slower and more cumbersome than typing, and students cannot possibly write down every word in a lecture," Cindi May wrote in Scientific American. "Instead, they listen, digest and summarize so that they can succinctly capture the essence of the information." Returning to writing everything by hand is out of the question. However, there are alternative methods that can be beneficial.

You can help
As a parent, there's no doubt you're always looking for the bet ways to help your kids. Instead of letting your little ones get away with lackluster penmanship, encourage them to write things down by hand as often as they can while studying. If your family has a study room or a space set aside in the house for doing homework or studying, try adding a whiteboard to one of the walls. Not only is it a great way to encourage handwriting, but it can also be a very useful tool in group projects or study sessions for your kids and their classmates.